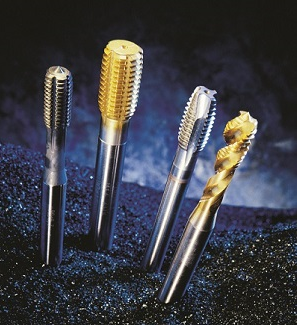 Aspiring Industry Co., Ltd.(called ASP in brief) was found in Mar. 1990 and have specialized in German Thread Tooling and Measuring.  Our market covered Taiwan, China and South Eastern Asia.

JBO: Mr. Johannes Boss established Johns. Boss GmbH & Co.KG for fine mechanics to produce precision balances in 1849. The outbreak of World War I in 1914 leads to radical changes-the entire production has to be converted to Thread Cutting Dies. JBO have spent 171 years to produce Threading Gauges, Depth Core Gauges, Thread Milling Cutter, Cutting Dies, Rolling Dies and Combination Tools both for External and Internal Threading.  She now have 10,000 different thread cutting dies, 10,000 different thread gauges and 2,000 different (drill) thread milling cutters in available stocks.
It is of paramount importance to our company that we react immediately to the challenges and requirements of our customers and to market demands.  Continual innovation, quality products, a passionate commitment to service, active process management, high standards and cost effective solutions are the cornerstones of JBO philosophy.

ASP: have 30 year’s experience and knowledge in Threading Technology that under Top ones in Threading Tooling and Measuring Producers by 171 years of JBO and 115 years of BOSS, which let us have strong team to solve any issues and/or improve customer’s quality in Thread Cutting, Forming and Measurement succesfully.

News
TMTS 2020 SWITCHED TO VIRTUAL EXHIBITION, NEXT PHYSICAL EXHIBITION IS SCHEDULED IN 2022.
As the organizer of TMTS, we - the TMBA board of directors, supervisors and staff - have been making every effort for the show to take place as scheduled in Taichung, Taiwan. However, due to a variety of reasons, such as the COVID-19 Pandemic remains uncertain, travel difficulties for international visitors and exhibitors, and the unbearable loss of temporary suspension, etc., we have decided to alternate TMTS – the Taiwan International Machine Tool Show to an online virtual exhibition. We will be launching the virtual exhibition, along with a series of peripheral physical events in the TMTS week (10-14, November 2020). In this case, not only can we guarantee the safety and health of our exhibitors and visitors, but also can we keep them connected. The next physical exhibition of TMTS is scheduled in 2022. We sincerely appreciate the understanding from all of our exhibitors and visitors, as well as the partners from all around the world. https://www.tmts.tw/zh-TW/exhibitors/35
more
JBO MuliCheck Digital Changable Gauge / WMCD
more
Hot Products

Tr.-Multi Thread
More
This site uses cookies to collect the necessary user browsing behavior so that we can provide you with a better browsing experience. Browse this site, which means you agree with "online privacy declaration."
× Close